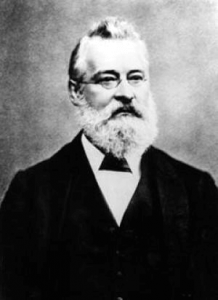 November 26 is John Alexander Newlands’ birthday. Newlands was a British chemist who noticed that if he arranged the known elements in order of increasing atomic weight, the chemical properties of the eighth element were similar to the first. The pattern repeated every eight elements much like the octaves on a piano, so he called his periodic law the “Law of Octaves”.

When he presented his idea in 1863, he was met with criticism. Other chemists thought his ideas were arbitrary, even useless. Fellow English chemist, Carey Foster even asked Newlands if he had considered arranging the elements by the first letter of their name. The general reception of his theory led him to abandon any work on categorizing the elements into a useful manner.

By the end of the decade, Russian chemist Dmitri Mendeleev and German chemist Julius Meyer independently compiled periodic laws based on atomic weights. Mendeleev created his periodic table to account for the common chemical properties much like Newlands. The modern periodic table is arranged by the atomic number discovered by Henry Moseley in 1914.

Murray was an American surgeon who was the first to successfully perform a kidney transplant between identical twins. He would eventually manage to eliminate the need for identical twins for successful transplants. For this and his continued research into organ transplantation, he was awarded half the 1990 Nobel Prize in Medicine.

NASA launched the Mars Science Laboratory probe to Mars. This spacecraft was designed to deliver the Curiosity rover and conduct studies of the Martian atmosphere, soil, and climate. The probe arrived the planet and Curiosity successfully landed at the Gale Crater on August 6, 2012. 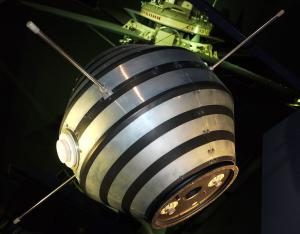 Replica of Satellite A-1, (Asterix) the first French satellite.

France became the third country to launch their own satellite into space when a Diamant A rocket lifted the French army satellite A-1 into orbit. The A-1 satellite was later renamed Astérix after the popular French cartoon character. France was the fifth country to have a satellite in space after the Soviet Union, United States, Canada and Italy. The Canadian and Italian satellites were put into space by the United States. 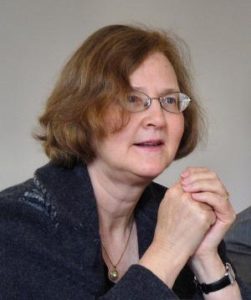 Blackburn is an Australian-American molecular biologist who shares the 2009 Nobel Prize in Medicine with Jack Szostak and Carol W. Greider, for the discovery of how chromosomes are protected by telomeres. A telomere is a section of DNA at the end of a chromosome. She and Greider discovered the enzyme telomerase that replenishes the telomere. 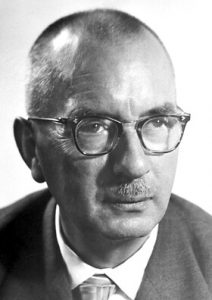 Ziegler was a German chemist who shares the 1963 Nobel Prize with Giulio Natta for their contributions to polymers. They developed the Ziegler-Natta catalyst to create polymer chains of 1-alkenes. These catalysts are usually either titanium or organometallic aluminum and are used to create polymers such as polypropylene, polyethylene, and polyacetylene. 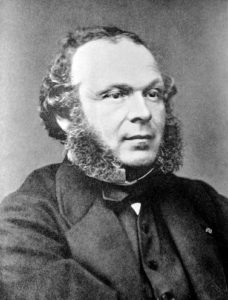 Wurtz was a French chemist who is best known for Wurtz reactions where hydrocarbons are prepared from sodium and alkyl halides. He also synthesized ethylamine and ethylene glycol. As an educator, he was influential in making Paris a world leader in European chemical education.