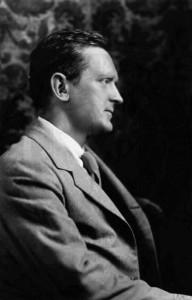 September 4 marks the passing of Hans Zinsser. Zinsser was an American physician and bacteriologist who built his scientific career on the study of typhus.

Typhus is actually a collection of diseases that cause high fever, painful rashes, back and joint pain and delirium. If untreated, typhus results in the death of up to 60% of the infected. Throughout much of history, typhus as resulted in hundreds of thousands of deaths. Up to the 20th Century, the cause of the disease was unknown and rats were suspected. In 1903, Dr. Charles Nicolle would finally identify lice as the disease’s vector. Zinsser would be the one to discover the specific bacteria of the European version of the disease and develop a preventive vaccine.

Zinsser started his career as a medical doctor with his own practice in Manhattan where he quickly found he preferred research to practice. He took a position at his alma mater, Columbia University as a research professor in the relatively new field of bacteriology. When World War I broke out, he enlisted as a doctor in the US Army. He reached the rank of lieutenant colonel and was decorated for his work establishing new protocols for field hospital sanitation and disease prevention. After the war, he returned to the United States to work for Harvard Medical School. He would hold this position the rest of his life. To further study typhus, he joined the American Red Cross to help respond to outbreaks around the world. He traveled to Siberia, Mexico, and China in response to large typhus outbreaks. Zinsser showed most serious typhus outbreaks have everything lice enjoy: Dirty humans, bad weather, and overcrowding. He discovered the bacterium Rickettsia prowazekii in the fecal matter of the lice that infected his patients. This bacteria could remain dormant and cause typhus to return months after the outbreak supposedly ended.

Zinsser was also a prolific writer. In addition to several books and medical articles on biology, disease, and science, he was a published poet. Two of his books achieved the popularity of best-seller status. The book that he is most famous for is Rats, Lice, and History. This book is a sort of biography of the disease typhus and its tremendous impact on history. He cites examples such as typhus killing more soldiers during Napoleon’s retreat from Moscow than were killed by Russian soldiers, or how typhus was largely responsible for putting Charles V in charge of the Holy Roman Empire and how typhus stopped the Turk invasion of Europe at the Carpathians. One passage dealt with the assassination of Thomas à Becket, Archbishop of Canterberry.

The archbishop was murdered in Canterbury Cathedral on the evening of the twenty-ninth of December [1170]. The body lay in the Cathedral all night and was prepared for burial on the following day…. He had on a large brown mantle; under it, a white surplice; below that, a lamb’s-wool coat; then another woolen coat; and a third woolen coat below this; under this, there was the black, cowled robe of the Benedictine Order; under this, a shirt; and next to the body a curious hair-cloth, covered with linen. As the body grew cold, the vermin that were living in this multiple covering started to crawl out, and, as … the chronicler quoted, ‘The vermin boiled over like water in a simmering cauldron, and the onlookers burst into alternate weeping and laughter …

In spite of its topic, Rats, Lice, and History was a commercial success. It has gone through over 75 reprintings and influenced several future biologists.

Another of his famous books was an unusual autobiography As I Remember Him: The Biography of R.S. The book is written to appear R.S. is telling the story of his life and the author is supplying comments and context to the story. It contains a humorous look at his life and chosen profession and the tremendous changes it was undertaking during his lifetime. The initials R.S. were taken from the last letters of his name and was often used to sign his non-scientific works. Many believe the initials stand for Romantic Soul. The book was published right before his death in 1940 and he got to see its success as it quickly became a best-seller.

Moore was an American biochemist who shares half the 1972 Nobel Prize in Chemistry with William H. Stein for their research into the ribonuclease molecule. They determined the structure of ribonuclease and discovered its catalytic properties during food digestion. Stein and Moore later applied these same techniques to discover the sequence of deoxyribonuclease. 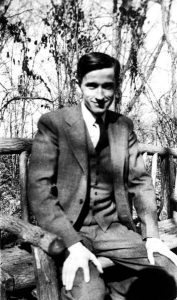 Delbrück was a German-American biophysicist who shares the 1969 Nobel Prize in Medicine with Alfred Hershey and Salvador Luria for the discovery of how viruses replicate their genetic structure. Together with Luria, they showed bacterial resistance to viruses manifest by random mutations and not adaptive change.