Example Problem:
A rocket ship flies over the surface of a planet. There hangs a mass suspended by a wire to act as a simple accelerometer attached to the underside of the rocket. As the rocket accelerates at 10 m/s2, the accelerometer mass is deflected by an angle of 34°. What is the acceleration due to gravity (g) of this planet?

Solution: Here is an illustration of the problem. 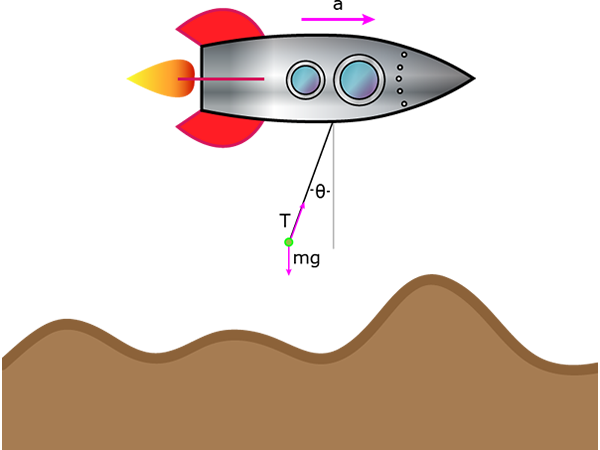 Here are the forces acting on the mass. 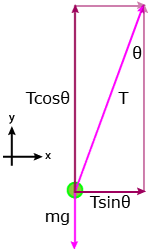 First, let’s find the forces acting in the x-direction.

The acceleration is acting in the positive x-direction, so

Set these two to equal each other.

Now for the vertical forces.

Since the mass is not accelerating in the vertical direction, the sum of the forces vertically is equal to zero.

Now we have two equations and two unknowns.

Divide the two equations into each other.

Since we want to know the gravity on the planet, solve for g.

Answer:
The acceleration due to gravity on this planet is 14.8 m/s2.