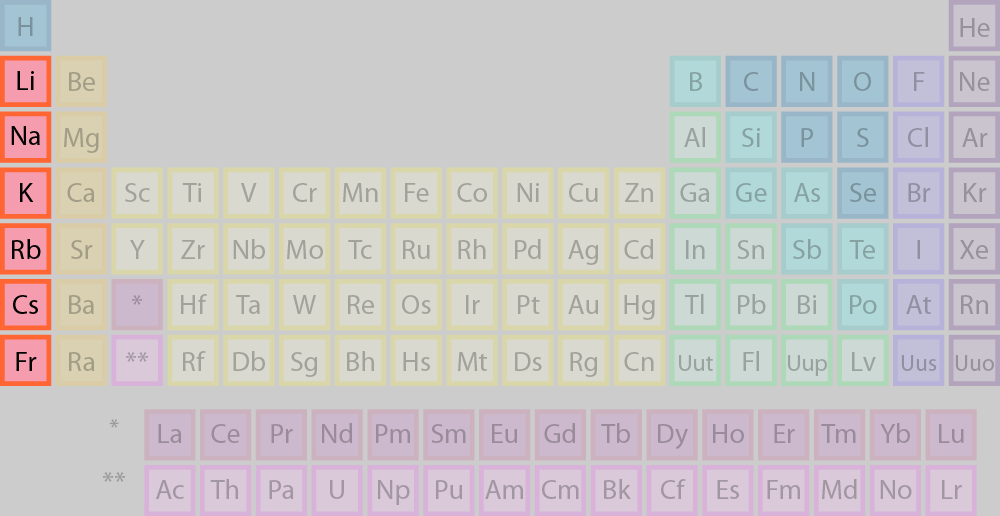 This periodic table is highlighted to identify the alkali metals group of elements. (Todd Helmenstine)

The alkali metals are the elements located in group IA of the periodic table (the first column). The key characteristic these elements share in common is that they all have one electron in the outer electron shell. This lone electron is loosely bound, making this a set of reactive metallic elements.

Note the element missing from most lists of alkali metals is hydrogen. Hydrogen is an alkali metal when it’s found in its metallic state. Under ordinary temperatures and pressures, hydrogen occurs as a gas and has the properties of a nonmetal. 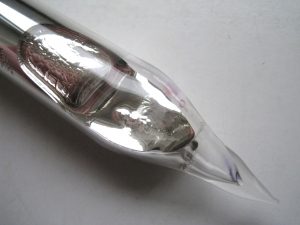 Like other alkali metals, rubidium is a shiny, silver-colored metal. The pure element reacts in air or water, so it’s kept in a sealed container.