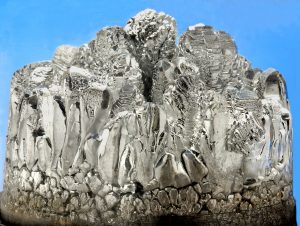 Magnesium is the element that is atomic number 12 on the periodic table. It is one of the alkaline earth metals, with a silver appearance in pure form. Here are interesting element facts: