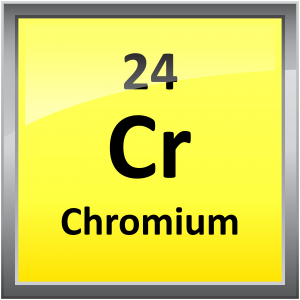 Here are interesting facts about chromium, a transition metal with the element symbol Cr and atomic number 24. Chromium is known for being both an essential nutrient, yet toxic element and for its use in making chrome plating.