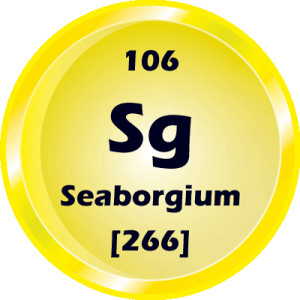 Did You Know: Seaborgium was the first element named for a person while he was still alive. The name einsteinium had been proposed while Einstein was still alive, but not approved until after his death.

There are 21 elements named after people (element eponyms), although the International Union of Pure and Applied Chemistry (IUPAC) sometimes considers the connection to a person to be indirect. In other words, sometimes the element name was chosen to honor a place or thing, indirectly connecting it to someone’s name.

Fun Fact: No one has ever named an element after himself!

Here’s a list of element eponyms in alphabetical order, with their element symbols and atomic numbers.

Gallium (Ga, 31) – both named after Gallia (Latin for France) and its discoverer, Lecoq de Boisbaudran (le coq, the French word for ‘rooster’ translates to gallus in Latin)

Hahnium (105) – Otto Hahn (Dubnium, named for Dubna in Russia, is the IUPAC-accepted name for element 105)

Livermorium (Lv, 116) – Livermorium is named to honor the Lawrence Livermore Laboratory, in Livermore, California, which is in turn named after a rancher, who had the last name of (you guessed it) Livermore!

Oganesson (Og, 118) – Yuri Oganessian, who has the distinction of being alive when an element was named in his honor.

Samarium (Sm, 62) – The first element named in honor of a person. Samarium is named for its ore, samarskite, which in turn is named for V.E. Samarsky-Bukjovets, the Russian engineer who allowed researchers access to him mineral samples. 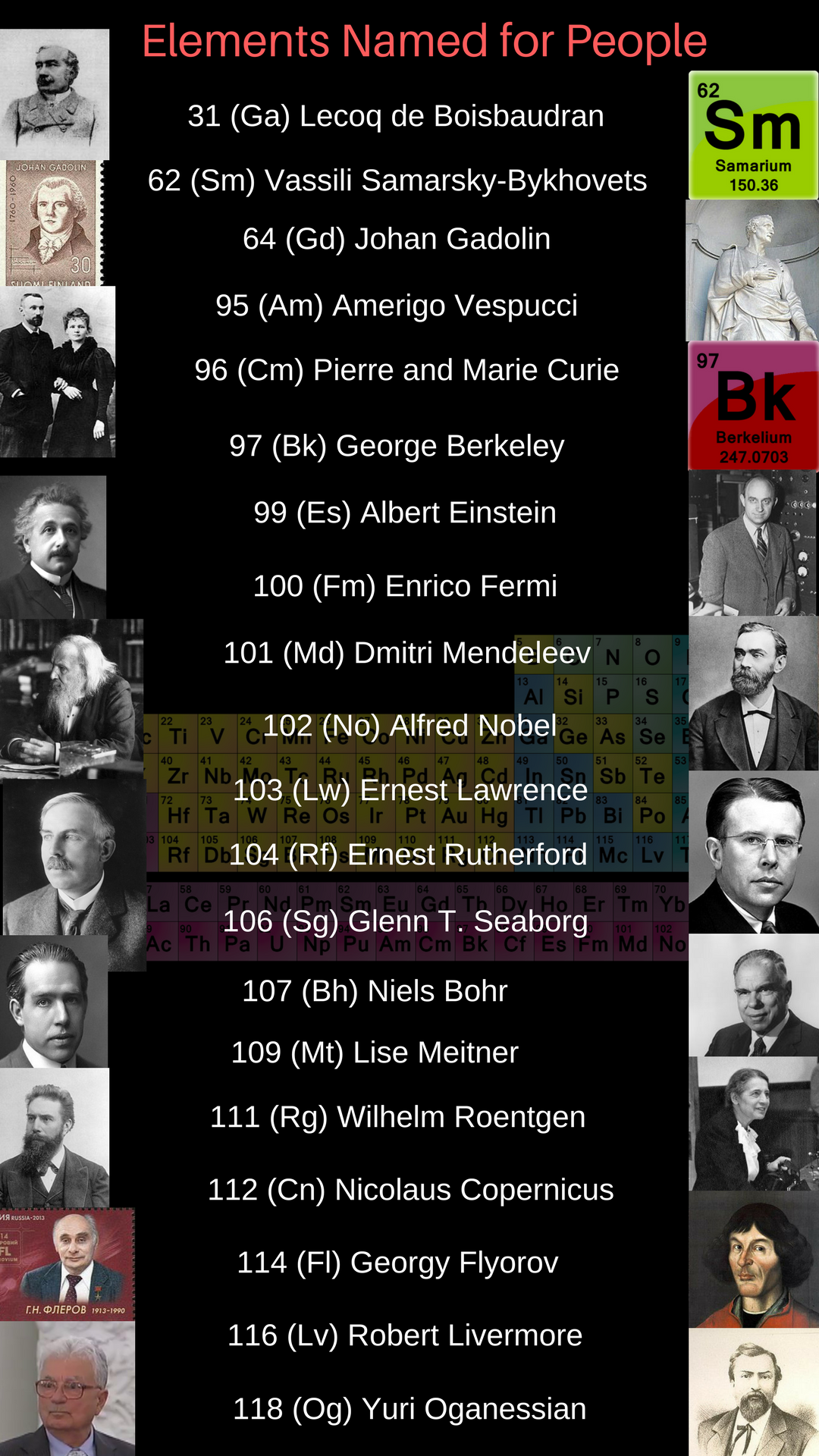