So, as you may (or may not) know, I’m headed to Iceland this weekend. It’s a huge bucket list trip for me, second only to visiting Mars, but a tiny bit more attainable. While it’s a working trip, I’m also calling it my 50th birthday present to myself (yep, I’m that old, but hey… I hear the new Bond girl is 50, so I’m going to be in good company).

What will I do there? There is a total solar eclipse only visible in the northern Atlantic. I’d go even if there wasn’t an eclipse, to see the aurora borealis, geysers, waterfalls, volcanoes, wildlife, and to check out the culture of Iceland. Oh… I almost forgot soaking in the natural hot springs. I fantasize about that part of the trip while drudging through tax preparation.

I leave at dark o’clock in the wee hours of Sunday morning for a fun-filled day of domestic travel, ideally chilling at Boston’s Logan International Airport for the quick jaunt over to Reykjavik Sunday night. More likely, I’ll be playing a game of Planes, Trains, and Automobiles, frantically trying to get to Boston for the flight. I know how it works.

I tested my camera yesterday. It’s a Canon 60D, a bit scuffed up from adventures, but going strong. I’ll use Canon’s 100-400 mm L-series lens for the eclipse. Since I don’t want to incinerate either the camera’s or my personal optics, I picked up a cheap $6 solar filter for telescopes and cameras off Amazon. I tested it yesterday on the sun: 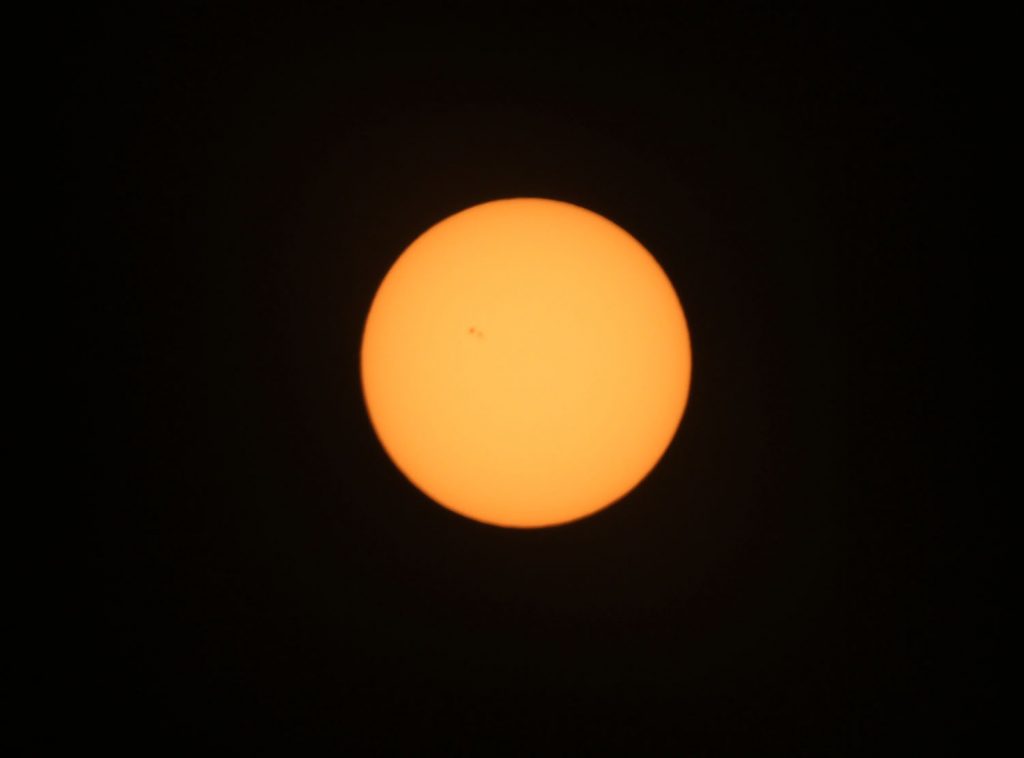 Photo of the sun taken with a Canon camera and cheap solar filter on March 11, 2015.

Not awesome, but not awful. I can see a sunspot! It was windy and the camera is heavy, so I figure it’s a decent test. I’ll be chasing the eclipse in a Boeing 757 over the ocean, so there will be some shake.

Right now it looks like a bomb went off in my room (even more than usual), as I collect items for the trip. I discovered my power adapter is wrong, so I’m off to Amazon to get the right one. Being unable to charge my cameras or computer would be… bad. Will I remember to bring a brush? Possibly not. Will I remember gizmos and gadgets? You betcha!

Gotta get that adapter so they all have juice… I’ll keep you posted on my progress and will blog about the trip here.

In the meantime, if you have tips for how to photograph totality, feel free to post. I have neutral density filters and polarizers and know to tape the viewfinder so I don’t accidentally blind or burn myself if I choose poorly, but I had trouble photographing that bit when I was in Africa.

One thought on “Iceland Total Solar Eclipse Trip – Getting Ready”