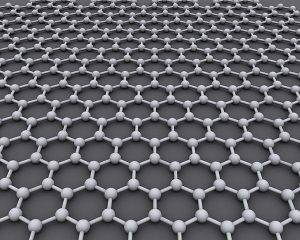 It’s easy to make and experiment with graphene, a very cool material with lots of applications in nanotechnology.

Graphene is a two-dimensional honeycomb sheet of carbon. It’s strong, flexible, transparent and an amazing conductor of electricity. Graphene may be used to make flexible monitors, and superfast computers based on tiny, energy-efficient chips.

You can experiment with the electrical properties of graphene compared with graphite, the three-dimensional array produced by stacking and bonding sheets of graphene. You will need the following materials:

Note: Don’t accidentally short-circuit your battery! This would happen if you used a wire to connect the positive and negative terminals of the battery directly with a wire. Short-circuiting the battery damages the battery, potentially causing it to explode, which is not the goal of this exercise. The resistor is used to prevent the terminals from directly connecting.

Want more graphene? Another way to make it is to use your blender!