NOAA’s Okeanos Explorer stumbled across an interesting ecosystem during a recent dive in the Gulf of Mexico. At 1,900 meters side sonar detected several large objects, so they sent the rover to investigate. What they found were large rocks shaped like large flowers. 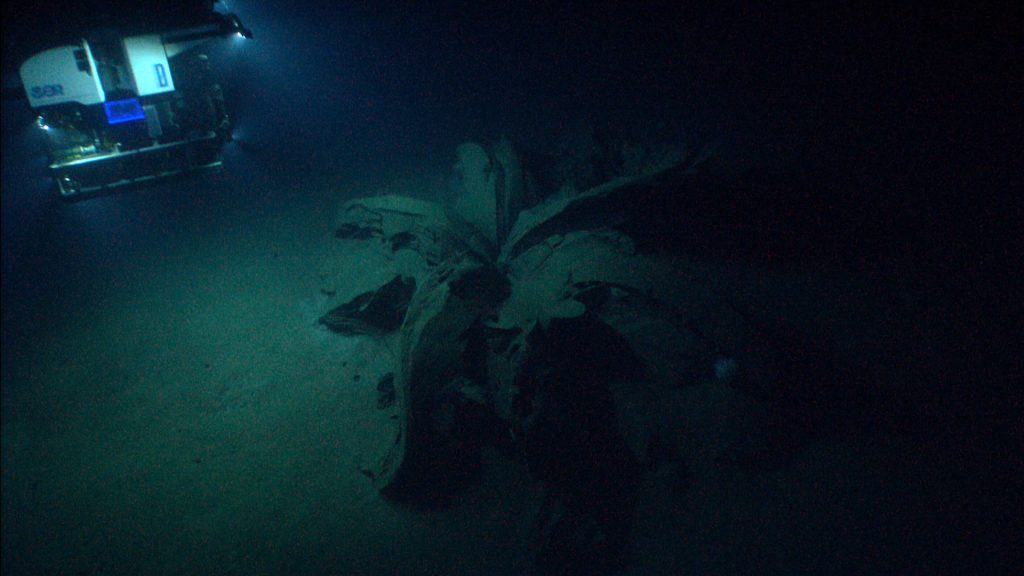 The ROV (Remote Operated Vehicle) had found an undersea asphalt volcano. When petroleum is heated, some of the more volatile chemicals evaporate off, leaving a sludge material commonly referred to as asphalt. When molten asphalt breaks through the crust of the Earth it looks like someone squeezed a tube of toothpaste straight out of the ground. As the asphalt cools, the stream of material breaks off and cracks until the eruption stops. The cold asphalt spreads out in a flower shape the NOAA crew dubbed ‘tar lilies’.

These tar lilies are a thriving ecosystem. Several corals and anemones live on tar lily petals. Fish and crustaceans are nearby. Evidence of chemosynthetic tube worms is seen. This type of tube worm thrives around deep-sea hydrothermal vents. 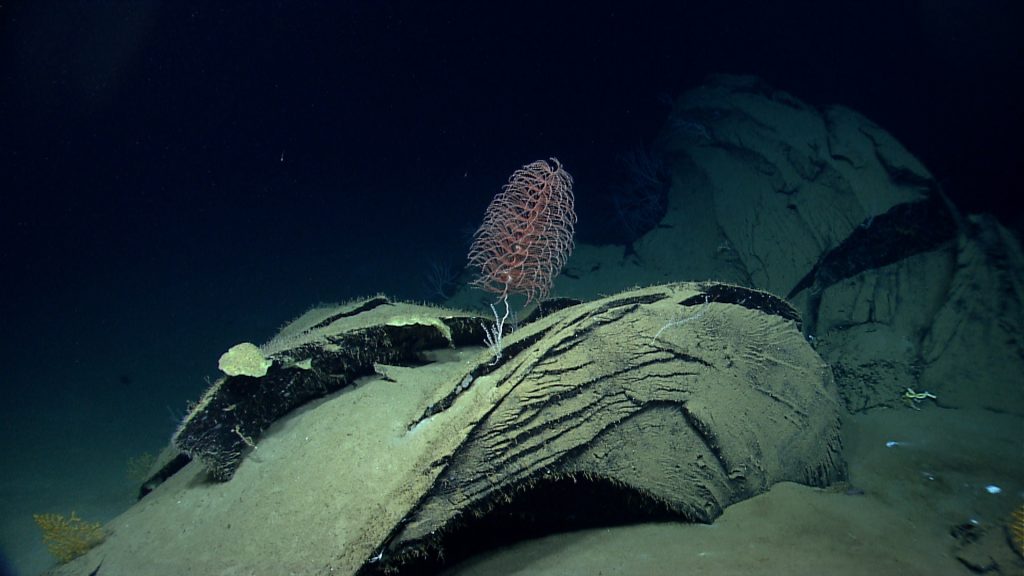 How good is your eye? Can you spot the shrimp hiding in this octocoral growing on the “tar lily”? Credit: NOAA

When the sonar first detected these formations, the crew thought they may have come across a shipwreck and were ready to start identifying bits of wreckage. Instead, they found a different treasure that is equally fascinating.