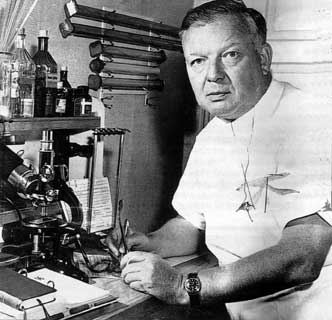 August 29 is Werner Forssmann’s birthday. Forssmann was a German physician who first inserted a catheter into a person directly into the heart.

He was also the first person to have this procedure done. As an intern in cardiology, he believed drugs could be administered directly to the heart with a catheter without killing the patient. To prove it could be done, he inserted a catheter in his own antecubital vein at his elbow and ran the tube to his heart while watching its progress on a fluoroscope. Once he completed the procedure, he climbed two flights of stairs to get an x-ray to document the catheter’s position in his right atrium, all with the catheter dangling from his arm. His paper on the process suggested the technique could be useful to administer drugs or monitor blood pressure directly to the heart. His experimental methodology did not amuse his superiors. He faced severe disciplinary action and had to give up cardiology. He changed his specialization to urology.

After graduation, he joined the Army as a doctor during World War II. He was eventually captured by Americans and spent the war in a POW camp. While he was waiting out the war in prison, Columbia University doctors André Frédéric Cournand and Dickinson W. Richards began to adopt Forssmann’s procedure for surgery, diagnostics, and research. Their research got the attention of the Nobel Prize commission. They awarded Cournand, Richards, and Forssmann the 1956 Nobel Prize in Medicine for their work on catheterization.

When Forssmann was released at the end of the war, he worked as a lumberjack and a country doctor. He was taken completely by surprise when he discovered he had won the Nobel Prize over 20 years after he performed his medical school stunt.

Babcock used this technique to measure the magnetic fields of stars and discovered some stars are magnetically variable. 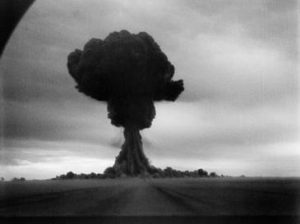 The test was known by the U.S. as Joe-1 after Joseph Stalin. The device was a nearly complete copy of the U.S. Fat Man design. 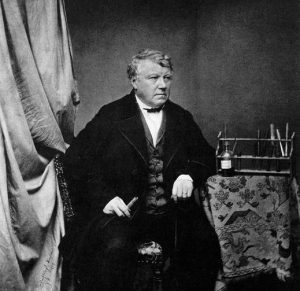 Schönbein was a German chemist who was the first to identify ozone. He noticed the distinct smell while investigating the electrolysis of water and identified the source. He named the gas ozone from the Greek word ‘ozo’ meaning ‘smell’.

Schönbein was also the inventor of gun cotton or cellulose nitrate. Gun cotton was used to replace gun powder in munitions since it did not produce powder’s thick clouds of smoke.