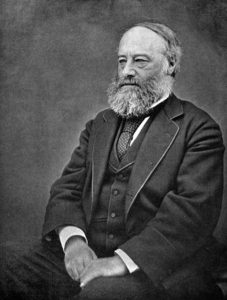 December 24 is James Joule’s birthday. Joule was the English physicist who helped formulate the first law of thermodynamics.

He showed heat energy and mechanical work were related to each other and that the energy of a system was conserved. He also showed electrical energy and heat energy were interchangeable by relating the heat dissipated by a resistor to the electrical current passing through it. Later in life, he worked closely with William Thomson (Lord Kelvin) to establish the absolute temperature scale. They also discovered the Joule-Kelvin effect where an expanding gas is cooled by the expansion.

Joule never attended a university and began many of his achievements from a home laboratory where he spent his time after his work running the family brewery. After the brewery was sold off, he spent the rest of his life pursuing his scientific hobby. He was a major contributor to the new scientific field of thermodynamics and was honored by naming the SI unit of energy, joule, after him.

1979 – The First rocket of the European Space Agency launched. 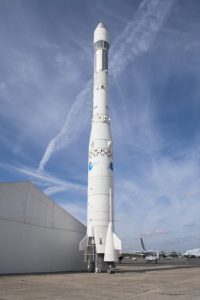 The European Space Agency launched their Ariane 1 rocket. The Ariane rocket was the first to be designed by the ESA to replace their unsuccessful Europa missile technology. The Ariane 1 is the first of a family of rockets are the primary launch vehicles for the ESA and commercial satellite programs. 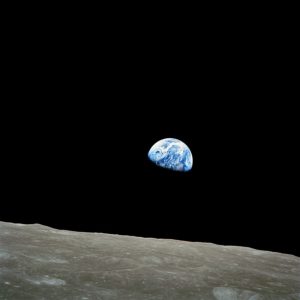 Astronauts Frank Borman, James Lovell and William Anders became the first to orbit the Moon aboard Apollo 8. The mission was televised and viewers saw their first close up of the surface of the Moon. It was also the first time the dark side of the Moon was directly viewed. Anders took the iconic photograph Earthrise where the Earth is seen with the edge of the Moon in the foreground after witnessing the Earth rise above the Moon’s horizon.

The Apollo 8 mission marked a series of space firsts. It was the first crewed launch of the Saturn V rocket. The first time humans travelled beyond low-Earth orbit, beyond the Moon, and orbitted another celestial body.

The astronauts orbited the Moon ten times over 20 hours during their six day trip. 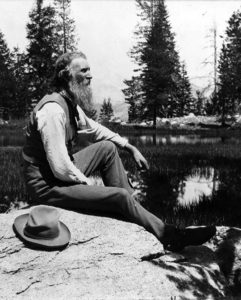 Muir was a Scottish-American naturalist who is considered the founder of the environmental movement. He actively sought to preserve the Yosemite Valley and Sequoia National Park and formed the Sierra Club, the largest environmental organization in the United States. Minor Trivia: He appears on the California state quarter released in 2005. 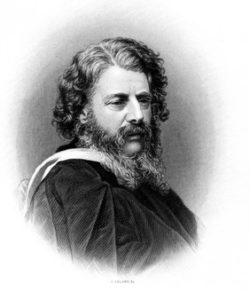