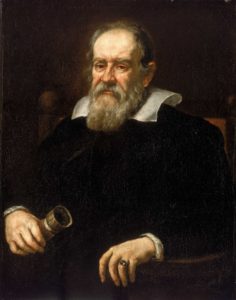 February 15 is Galileo Galilei’s birthday. Galileo was an Italian natural philosopher who was the key figure at the beginning of the scientific revolution and made several major contributions to its progress.

Before Galileo, science was not considered a profession. Typically, people who did ‘science’ were considered natural philosophers and held positions as medical doctors, mathematicians or priests with extra time on their hands. The name philosopher was typically used because it was just as likely for someone to explain a phenomenon by what they believed happened through other philosophies or their own ideas as easily as their own observations.

Galileo was one of the first to express the belief that the basic laws of science could be broken down into mathematics. He studied speed and gravity to predict paths of projectile motion. He was among the first to take a closer look at the skies above with a telescope. He verified the phases of Venus, discovered four Moons of Jupiter, and observed the rings of Saturn.

His life is generally used as the beginning point of the history of modern science. His philosophy of observing first, explain second and then observe some more would become the foundation of the modern scientific method. 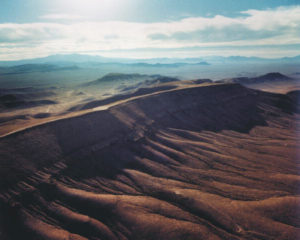 Radioactive waste is a serious environmental problem. It is not something you can just dump out in a field and forget. The United States searched for a place to collect dangerous radioactive waste and keep it away from the public. The US Congress approved the choice of a site in Nevada’s Yucca Mountain for the storage of radioactive waste materials. The site is near the Nevada Test Site where the US tested their nuclear weapons.

The site was never opened due to constant legal and budget issues. The funding for Yucca Mountain was removed entirely from the Federal budget in 2009.

Kendall was an American physicist who shares the 1990 Nobel Prize in Physics with Jerome Isaac Friedman and Richard E. Taylor for discovering evidence proving the existence of quarks. They used high energy electron beams targetted at protons and neutrons and investigated the scattering from the collisions. They found both protons and neutrons were not solid balls of matter but made up of smaller particles. 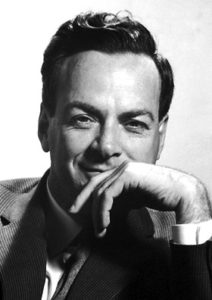 Feynman was an American physicist who shared the 1965 Nobel Prize in Physics for their pioneering work in the field of quantum electrodynamics. He is known for his parton theory that was an early form of quark theory and the introduction of Feynman diagrams used to graphically illustrate the interactions between particles.

Feynman was also known for his efforts to popularize physics. He published a series of his undergraduate lectures and several books covering a wide range of cutting-edge physics topics. He also wrote about his personal and professional life in a popular book “Surely You’re Joking, Mr. Feynmann!” Adventures of a Curious Character. This book mentioned his interest in safe-cracking, his time in the Manhattan Project, and presenting his graduate work in front of Albert Einstein and Wolfgang Pauli. 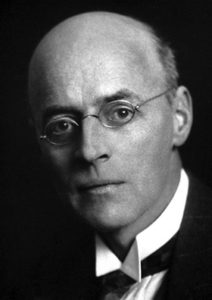 Richardson a British physicist who was awarded the 1928 Nobel Prize in Physics for his work on thermionic emissions where electrons flow over or off hot metal surfaces. He demonstrated an exponential relationship between current and temperature of a wire. This relationship is known as Richardson’s Law that shows the amount of thermal energy required for an electron to transfer from one atom to another on a metal surface. 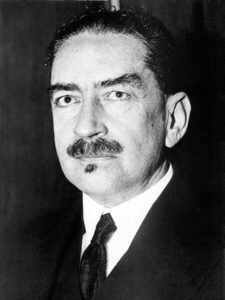 Euler-Chelpin was a Swedish biochemist who shares the 1929 Nobel Prize in Chemistry with Arthur Harden for their investigations into the process of fermentation and the actions of enzymes during fermentation. His research concerned the action of enzymes on a substrate is a bond between an acid group and an alkaline group. He isolated the cozymase, the coenzyme of the yeast enzyme zymase, and determined its structure.

He also explained the fermentation reactions mechanics using physical chemistry to show how energy is transferred. This would lead to understanding how muscle cells ferment when starved of oxygen and produce lactic acid. 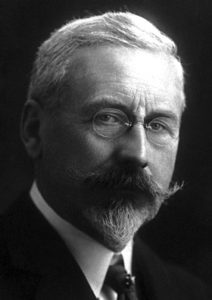 Guillaume was the Swiss physicist who was awarded the 1920 Nobel Prize in Physics for his work with nickel steel alloys. He discovered the two alloys: invar and elinvar, each having unique physical properties. Invar has a very small coefficient of thermal expansion making it useful for precision instruments where temperature varies. Elinvar is a non-magnetic alloy with a very small thermal coefficient of the modulus of elasticity. It is used to make springs for precision instruments. 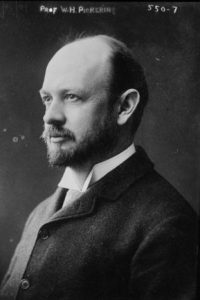 Pickering was an American astronomer who discovered Phoebe, the ninth moon of Saturn. He believed he had discovered a tenth moon and named it Themis, but his moon turned out to be artifacts on the photographic plates. He also searched for “Planet X”, a planet that he predicted to be outside the orbit of Neptune that caused perturbations in the orbits of Uranus and Neptune. 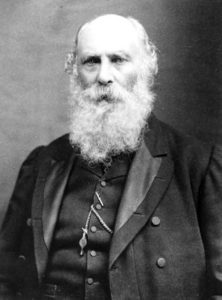 Stoney was an Irish physicist who was the first to suggest electric charge came in discrete units and is credited with coining the term ‘electron‘ for the basic unit of charge. He was also one of the first to identify the vibration of individual molecules and atoms as the cause for spectral emission lines.