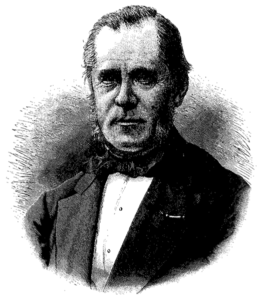 February 16 is Julius Thomsen’s birthday. Thomsen was a Dutch chemist who first identified a need for a period on the periodic table with a valence number of zero. His reasoning was based on how some periods had positive valences and others had negative valences, so there must be a period where the transition occurs between positive and negative. He also predicted these elements should have atomic weights of 4, 20, 36, 84, and 132.

His hypothesis would be later be shown to be correct. Lord Rayleigh and Willaim Ramsay distilled neon, argon, krypton, and radon from air to discover the noble gases.

Thomsen is also known for the Thomsen-Berthelot principle in thermochemistry. This is where chemical change is accompanied by a change in heat and processes that generate the most heat are more likely to occur. He also determined the heat generated for over 3,500 different chemical reactions.

Rous was an American pathologist that was awarded half the 1966 Nobel Prize in Medicine for his discovery of cancer-causing viruses. He discovered that a malignant tumor growing on a chicken could be transferred to another chicken by exposing the bird to a cell-free filtrate. 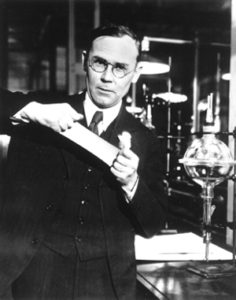 Wallace Carothers received the patent for nylon. He developed the new material in 1935 while working for DuPont.

Nylon is one of the most widely used polymers today. The first product made using nylon was a toothbrush with nylon bristles. The product that really took off was nylon stockings for women. The stockings were introduced at the 1939 World’s Fair and were immediately popular. The first 4,000 pairs sold within 3 hours. 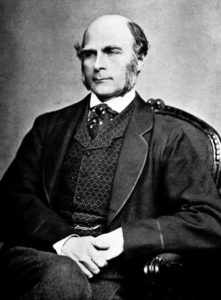 Galton was an English polymath who is best known for his early work in eugenics or the selection of parents to increase beneficial traits into their offspring. He also proposed the use of fingerprints as a unique identifier of individuals and developed the classification system still in use today.