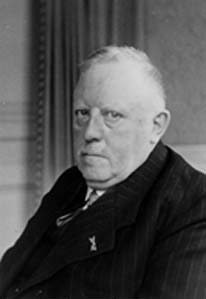 June 21 is Willem Hendrik Keesom’s birthday. Keesom was a Dutch physicist who was the first to solidify helium.

Helium behaves in strange ways as it gets colder. Helium turns to a liquid like any other element, but it doesn’t do so until -269 °C or 4.2 K. Heike Kamerlingh Onnes, another Dutch physicist invented the refrigeration technique necessary to achieve these low temperatures and the first to produce liquid helium. He opened his cryogenics laboratory to other scientists who wished to investigate low temperatures. His low-temperature work would earn him the 1913 Nobel Prize in Physics.

Keesom began working in Onnes’ laboratory in Leiden and continued this work by trying to reach even lower temperatures and solidifying helium. During his attempts, he found liquid helium underwent a startling change at 2.17 K. The specific heat rises sharply, the density drops and some of the liquid’s viscosity drops to zero. This point is known as the lambda point after the Greek letter. The graph of specific heat vs temperature resembles the letter lambda: λ. The liquid helium with zero viscosity is known as a ‘superfluid’.

Keesom kept trying to lower the temperature further to get solid helium, but could not reach it in normal atmospheric pressure. He had to ramp up the pressure of the liquid to 25 atmospheres before he finally produced solid helium.

As a student, Keesom produced the first mathematical representation of dipole-dipole interactions between molecules. These interactions are caused by electrostatic attraction or repulsion between the charged ends of polar molecules. Today these are known in some texts as Keesom interactions.

One thought on “Today In Science History – June 21 – Solid Helium”