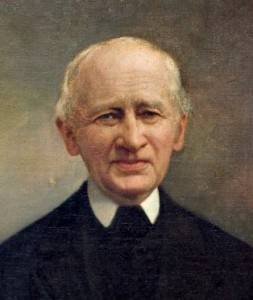 Portrait of Johann Gottfried Galle, first to observe and identify the planet Neptune.

Johann Gottfried Galle was the German astronomer who actually found Neptune and correctly identified it as a planet. The discovery of Neptune is a dramatic story involving a race between two countries to find an unknown planet that was causing a strange perturbation in the orbit of Uranus. The English had John Couch Adams trying to calculate the position of Neptune and the French had Urbain Le Verrier working on the same problem.

Galle had contacted Le Verrier a year before with a copy of his doctoral dissertation. Le Verrier sent back his completed calculations and asked Galle to see if he could find Neptune at his predicted location. Galle found an 8th Magnitude object within 1° of Le Verrier’s prediction. Over two nights, he discovered this object moved 4 seconds of arc indicating it was not a star. Galle had observed Neptune. Once the news of Galle’s discovery hit the scientific world, the English found they had spotted Neptune on two separate occasions but listed it as a star.

Galle never considered himself the discoverer of Neptune. Instead, he always claimed the credit should be Le Verrier’s since all he did was look where he was asked. That doesn’t change the fact he was the first to directly identify Neptune.