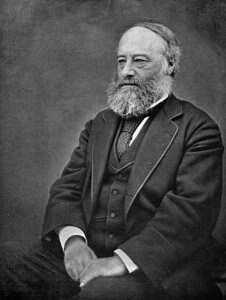 October 11 marks the passing of James Prescott Joule. Joule was an English physicist who helped formulate the first law of thermodynamics.

He showed heat energy and mechanical work were related and could be converted from one form to another. He also showed the total energy of a system is conserved. This lead to the first law of thermodynamics which states: The total energy of an isolated system remains constant. Energy can be converted from one form to another, but energy cannot be either created or destroyed.

Joule’s experimental results showing the relationship between mechanical energy and heat were initially criticized by other scientists of the time. The prevailing theory of the nature of heat prior to Joule’s work was known as the caloric theory. Caloric was a substance that transported heat. When a hot object touches a cold object, caloric is transferred from the hot object to the cold object until they reach equilibrium. Some theorists held ‘cold’ was the lack of caloric and others believed there was a second substance known as frigoric. In any case, the total amount of caloric in a closed system was believed to be constant. Joule’s results showed if there was a set source of caloric in a closed system, the increase in temperature of a system resulting from mechanical work violated that theory by creating caloric. Joule’s work was the beginning of the end of caloric theory. One holdout from this theory is the unit of energy known as the calorie.

Joule also showed electrical energy and heat energy were interchangeable by relating the heat dissipated by a resistor to the electrical current passing through it. The heat generated was proportional to the square of the current passing through the resistor and directly proportional to the resistance itself. This relationship is known today as Joule’s First Law.

Later in life, he worked closely with William Thomson (Lord Kelvin) to establish the absolute temperature scale. They also discovered the Joule-Kelvin effect where an expanding gas is cooled by the expansion.

Joule never attended a university and began many of his achievements from a home laboratory where he spent his time after his work running the family brewery. After the brewery was sold off, he spent the rest of his life pursuing his scientific hobby. He was a major contributor to the new scientific field of thermodynamics and was honored by naming the SI unit of energy, joule, after him. 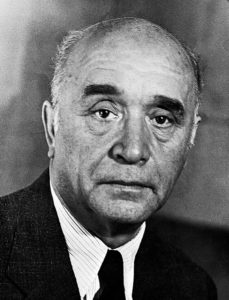 Bergius was a German chemist who shares the 1931 Nobel Prize in Chemistry with Carl Bosch for their work using high-pressure methods. Bergius developed a method to hydrogenate coal dust under high pressure to create gasoline and lubricating oils known as the Bergius process. 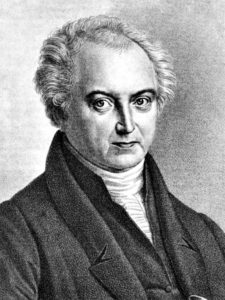 Olbers was a German physician and astronomer who discovered the large asteroids Pallas and Vesta. As a student, he composed a method of calculating the orbits of comets that proved to be one of the best methods of the time. He discovered a periodic comet of his own known today as 13P/Olbers. He also proposed the asteroids were the remnants of a destroyed planet between the orbits of Mars and Jupiter.

Olbers is known for “Olbers Paradox” which argues the darkness of the night sky conflicts with the idea of an infinite static universe. If the universe is infinite, homogenous, and static then the sky should be lit up at night by all the stars distributed evenly throughout the universe. Since the night sky is dark, at least one of these assumptions is false. 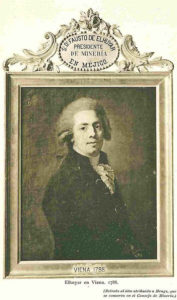 Fausto D’Elhuyar was a Spanish mineralogist who, together with his brother Juan José D’Elhuyar, isolated the element tungsten from wolfram ore. Carl Scheele had discovered tungsten two years earlier in the form of tungstic acid, but did not separate the tungsten metal from the acid. The D’Elhuyar brothers reduced the acid through charcoal and removed the metal.

Amontons was a French physicist and instrument maker who introduced three laws of static friction. He discovered friction was directly proportional to the applied load, independent of the area of contact and independent of the sliding velocity.

He also developed scientific instruments such as an air thermometer that relied on the increased volume of a gas, rather than a liquid like mercury. He used this to determine the change in temperature was proportional to a change in pressure.