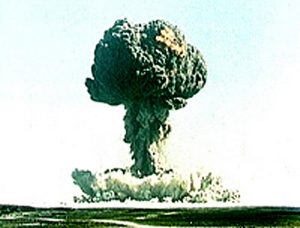 October 16 is the anniversary of China becoming a nuclear power. They successfully detonated a 22 kiloton warhead codenamed 596. 596 was chosen after June 1959, the date when the Soviets stopped assisting China with their nuclear program.

After the Korean War, China began their nuclear program. Chinese leader Mao Zedong believed China would not be taken seriously as a world power unless they were part of the nuclear community. They forged an agreement with Moscow where China would supply uranium in exchange for technical assistance and a sample atomic bomb. The Soviets helped China build a gaseous diffusion plant and missile technology, but stopped short of providing the sample bomb. China was forced to continue their program on their own and made rapid progress. They managed to build their own atomic bomb in another five years. In less than three more years, China would build their first thermonuclear warhead.

This video was clipped from Peter Kuran’s “Trinity and Beyond”. Trinity and Beyond is an excellent documentary of the beginning of the atomic age and development of nuclear weapons from 1945 to 1963. This clip shows what looks like a typical propaganda film with not just the explosion, but soldiers and horse cavalry wearing anti-radiation suits charging into the mushroom cloud with guns blazing. Many parts look as if they were staged at a different time, but I wondered if the Chinese military actually had soldiers running towards the blast. If anyone knows more information about this test, please leave a comment. 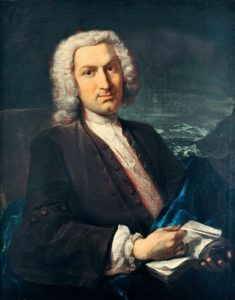