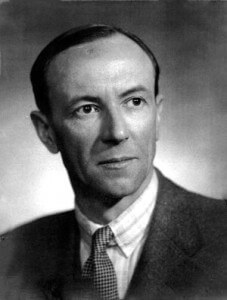 October 20 is James Chadwick’s birthday. Chadwick was the English physicist who discovered the neutron.

Chadwick worked with Ernest Rutherford on radioactivity projects before moving to Berlin to work with Hans Geiger. Shortly after he arrived in Germany, World War I broke out. Chadwick would spend the war in a German internment camp with other foreign nationals. He formed a science club with other prisoners and managed to convince the Germans to allow them to build a small laboratory. Chadwick even managed to talk one of the guards into supplying him with radioactive toothpaste for experimentation.

After the war, Chadwick returned to England to work with Rutherford again at the Cavendish Laboratory while he earned his Ph.D. He served as Rutherford’s assistant research director of the Cavendish Lab for a decade. Rutherford had discovered the proton in 1919 and showed they were collected in the center of atoms or at their nucleus. The new model of the atom had the electrons orbiting outside a positively charged nucleus. The problem with this model was the fact that atoms always seemed to be heavier than simply adding up the number of protons and electrons. Something else should be in the atom somewhere. One early theory held the extra mass was actually a proton bound to an electron to make up for the difference in mass while canceling out the charge. This theory did not explain how the atom had enough energy to keep that many extra protons together or pull in the electrons to the nucleus. Rutherford theorized there may be a neutrally charged particle in the atom’s nucleus. Chadwick set out to find it.

Chadwick had to find a method of detecting particles without charge. He heard of an experiment where alpha particles were fired at a beryllium target surrounded by paraffin wax. They detected radiation that was penetrating, but non-ionizing that collided with hydrogen atoms in the wax. The conclusion of the experiment was the non-ionizing radiation was a low energy gamma ray. Chadwick noticed the energy of a gamma ray was not enough to cause the collision seen in paraffin, but if you assumed a mass nearly the same as the proton, the energy value suddenly made more sense. He repeated the experiment on different targets like boro through gases like nitrogen, oxygen, and argon. The detected collisions were consistently in favor of a particle the size of a proton and not a gamma ray. Using the precise measurements of the atomic mass of boron and nitrogen, Chadwick was able to calculate the mass of the colliding particle. His value for the mass was 938 ± 1.8 MeV. The accepted value today is 939.57 MeV. Chadwick announced his discovery in a paper titled “Possible Existence of Neutron”.

The discovery of the neutron was a key step in the development of nuclear physics. The model of the atom changed to include neutrons in the nucleus. Neutrons became the particle of choice for multiple atom-smashing experiments. They were the important trigger for the chain reaction fission of uranium needed for the atomic bomb. Neutron’s discovery would earn Chadwick the 1935 Nobel Prize in Physics.

Thomas was an American physician who developed the practice of bone marrow transplantation to treat leukemia. This research would earn him half the 1990 Nobel Prize in Medicine. 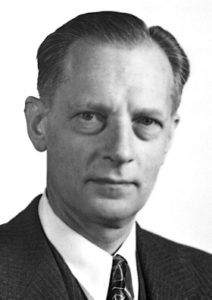 Cori was an Austrian-American biochemist who shares half the 1947 Nobel Prize in Medicine with his wife, Gerty Theresa Cori, for discovering how the body metabolizes of glycogen. Glycogen is a molecule that is a starch derivative of glucose and an important part of the way the body stores food energy. 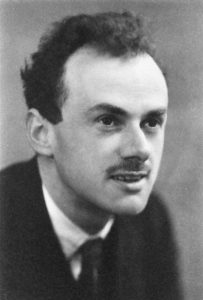 Dirac was an English physicist who shares the 1933 Nobel Prize in Physics with Erwin Schrödinger for their advancement of atomic theories. Dirac advanced quantum mechanics by deriving a relativistic solution to the electron’s wavefunction. This solution also predicted the existence of antiparticles which would be later detected in the form of positrons. His theories form the basis of quantum electrodynamics. 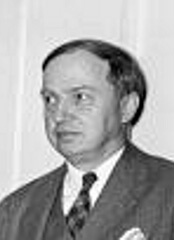 Nüsslein-Volhard is a German geneticist who shares the 1995 Nobel Prize in Medicine with Eric Wieschaus and Edward Lewis for their discoveries concerning the genetics of early embryonic development. Wieschaus and Nüsslein-Volhard investigated the development of Drosophila melanogaster or fruit fly embryos by causing mutations. They identified the mutations that made changes to embryonic development and identified its location in the fly’s genetic structure. 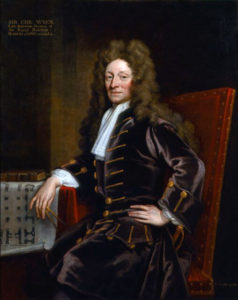 Wren was an English astronomer and architect. After the Great Fire of 1666, when London essentially burned to the ground, Wren presented plans to rebuild the city. Before his death, he designed and built over 50 churches, including St. Paul’s Cathedral as well as many other buildings. He was also one of the founding members of the Royal Society. 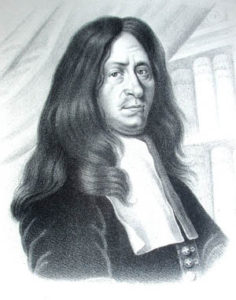 Bartholin was a Danish anatomist and physician who was the first to describe the entire human lymphatic system. He identified the thoracic duct as the entry point for lymphatic fluids to enter the bloodstream. The lymphatic system is an important part of how the body constructs an immune response to infections.