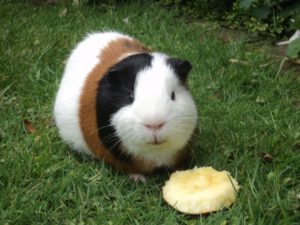 October 29 is Baruj Benacerraf’s birthday. Benacerraf was a Venezuelan-born American immunologist who discovered the genes which regulate the body’s immune response ability.

Benacerraf spent much of his career studying hypersensitivity. Hypersensitivity is the immune response reactions caused by allergens. These reactions can range to the vaguely uncomfortable all the way to death, depending on how the body responds. Benacerraf was trying to understand why some people respond differently from others.

Benacerraf had an experiment running where he exposed a group of guinea pigs to a foreign substance. Instead of producing extra white blood cells to fight the exposure, almost half of his guinea pigs’ immune system failed to respond at all. He suspected this trait was hereditary and conducted further tests thru selective breeding. These tests proved the immune system response (or lack of response) was hereditary. Benacerraf believed this was an evolutionary advantage for guinea pigs to survive as a species to new diseases.

Since hereditary traits are generally found in the genes of an animal, Benacerraf began to look for the genes that caused immune responses. He found some dominant genes governed the ability of a body to respond to certain antigens. He called these genes “immune response genes”. This discovery was in part responsible for the discovery of the major histocompatibility complex. The MHC is the set of molecules on the surface of some cells which control the immune system of vertebrates. These molecules determine a body’s ability to develop autoimmune diseases and can be used to determine if organ transplants will be rejected. For his part, Benacerraf would receive one-third of the 1980 Nobel Prize in Medicine for “discovery of the major histocompatibility complex genes which encode cell surface protein molecules important for the immune system’s distinction between self and non-self”.

One ironic tidbit of trivia about Baruj Benacerraf: due to a lifetime of exposure, he developed an allergy to guinea pigs. 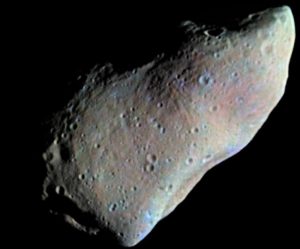 NASA’s Galileo spacecraft makes its closest approach to the asteroid 951 Gaspra and became the first spacecraft to visit an asteroid. Gaspra is an 18 km-long asteroid that orbits along the inner edge of the main asteroid belt. Galileo passed within 1,600 km. and returned 57 images on its way to Jupiter. 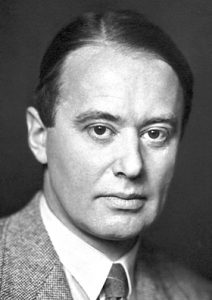 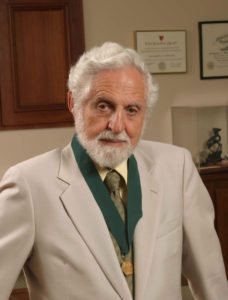 Djerassi was a Bulgarian-American chemist best known for the development of the first oral contraceptive. Together with Luis E. Miramontes and George Rosenkranz, they synthesized the progestin norethisterone which remained effective when ingested orally. Djerassi first successful patented synthesis was for the antihistamine Pyribenzamine (tripelennamine). This drug was one of the first commercially successful antihistamines.

Dejerassi is also a successful writer. In addition to over 1,200 scientific papers, he has published works of fiction and nonfiction. His work tends to center around the lives of scientists and the trials of being a scientist. He has also published several poems and plays.