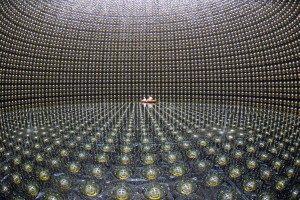 Two scientists in a boat inside the giant Super Kamiokande neutrino detector while changing photodetector tubes.

September 19 is Masatoshi Koshiba’s birthday. Koshiba is a Japanese physicist who was awarded the 2002 Nobel Prize in Physics for the detection of solar neutrinos.

The neutrino is a subatomic particle that was believed to be virtually impossible to detect. It has no electric charge and almost zero mass so most methods of detection have no effect on it. Common estimates maintained a light year thick piece of lead would be able to stop half the neutrinos passing through it. Constructing a means to detect and identify these particles is a complex problem.

Koshiba designed a method that involved constructing a large tank of ultra-pure water surrounded by banks of photodetectors deep underground in an old zinc mine. These photodetectors would record any flashes of light that would be generated by the reaction of a neutrino with one of the atoms of water. When the neutrino would interact with an electron or nucleon in the water a charged particle would be created that would move faster than the speed of light in water. This phenomenon would produce light in the form of Cherenkov radiation.

The primary goal of this detector was originally supposed to determine if proton decay was possible. They hoped that if a proton decayed, it would be detected by one of these tubes and answer one of the questions of the Standard Model of particle physics. While it never detected proton decay, it did detect neutrinos.

Scientists believed the Sun was powered by fusion reactions at its core. If this were true, based on calculations, these fusion reactions should generate a lot of neutrinos. Solar neutrinos were finally detected by American physicist, Raymond Davis, Jr., but only about a third of what the expected amount should have been. Koshiba’s detector verified this result. He also found enough evidence to help determine the mass of a neutrino.

With the primary success of this detector, the Japanese built a much larger detector, ten times the size of the previous one called Super-Kamiokande or Super-K. It is a cylinder 41.4 meters tall and 39.3 meters in diameter holding 50,000 tons of water and is a kilometer underground. There are 11,146 photomultiplier detection tubes waiting for the tell-tale flashes of light.

Super-K would explain why the number of solar neutrinos was only a third of the expected level. It turns out there are three different types of neutrinos and they can change from one type to another in a process called neutrino oscillation. Super-K’s data gave strong evidence that this phenomenon was real.

Super-K was collecting data in 1987 when the energy of a supernova reached Earth. The supernova occurred in the Lesser Magellanic Cloud roughly 160,000 light years away. The detector detected an increase in neutrino levels as they passed by the Earth.

For these contributions to the solar neutrino problem, Koshiba was awarded half the 2002 Nobel Prize in Physics. 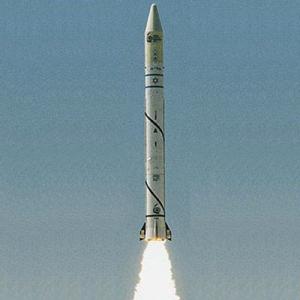 Israel launched their Offeq-1 satellite into low-Earth orbit to become the ninth nation to reach space. Offeq-1 conducted solar energy and radio transmission tests. The satellite was expected to maintain orbit for a few weeks but managed to continue functioning until January 1989.

It was the first of a series of satellites that are surveillance satellites.

Carlson was an American physicist who invented the electrophotography technique that produces dry copies of documents. We know this today by the name xerography. He found that when light and shadow strike a charged surface, the light areas will repel charged particles where the shadows attract. This process is the heart of modern copiers and laser printers.

A laser printer places a charge on a sheet of paper to attract charged toner particles. The printer then applies heat to fuse the toner to the surface of the paper and rolls out your printed copy.

Shankman (‘nee Stern) was a Canadian pathologist who described the path a healthy cell becomes a cancerous cell. Her research changed cervical cancer from a death sentence to an easily diagnosed and treatable condition. 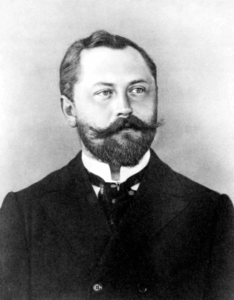 Schaudinn was a German zoologist who co-discovered with Erich Hoffmann the bacterial cause of syphilis.He also identified the amoeba that causes dysentery and confirmed hookworm infections are contracted through the skin on the feet.

He also identified the amoeba that causes dysentery and confirmed hookworm infections are contracted through the skin on the feet.