Since I’ve started making fractal art, I’ve been asked many times, “What is a fractal?” and “Yes, they look pretty, but what good are they?” Here are the basics.

What Is a Fractal?

A fractal is a mathematical equation that displays a repeating pattern, no matter what scale you examine it. It can also be described as a pattern of chaos. Fractals can be described using mathematical sets, but you also see them all the time in nature. Basically, anything that can be described using mathematical equations may be considered a form of fractal. The difference between natural fractals and pure equations is that the repeating scale in nature tend to be (or at least appear) finite. Examples of natural fractal features include many familiar patterns: 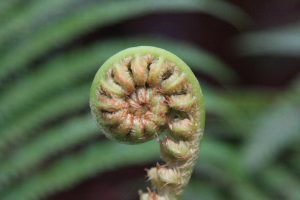 The spiral shape of fern fronds is a natural approximations of a fractal. (Wingchi Poon)

Take fern fronds, for example. The spiral shape of the frond may be described mathematically. If you then view the unfurling of the smaller leaves of the frond, the spiral pattern repeats. The difference between the frond shape and the fractal equation is that you could keep “zooming in” in a graphical representation of the equation, while the natural phenomenon only covers a few iterations.

Here’s an example of a spiral-shaped fractal. See the resemblance?

Fractals are aesthetically-pleasing art, but they have practical applications, too. In many cases, using fractals is much more efficient and accurate than physically measuring phenomena. One of the first papers linking fractals to useful analysis was Benoit Mandelbrot’s “How Long Is the Coast of Britain? Statistical Self-Similarity and Fractional Dimension”, which he published in the 1960s and illustrated using computer-generated visualizations. (Before computers, only a few iterations of an equation could be drawn, so it was difficult to visualize the math.)

Here is the now-famous Mandelbrot Set, a recursive set of equations, so that a modern computer can zoom in to see infinite detail from the initial image: 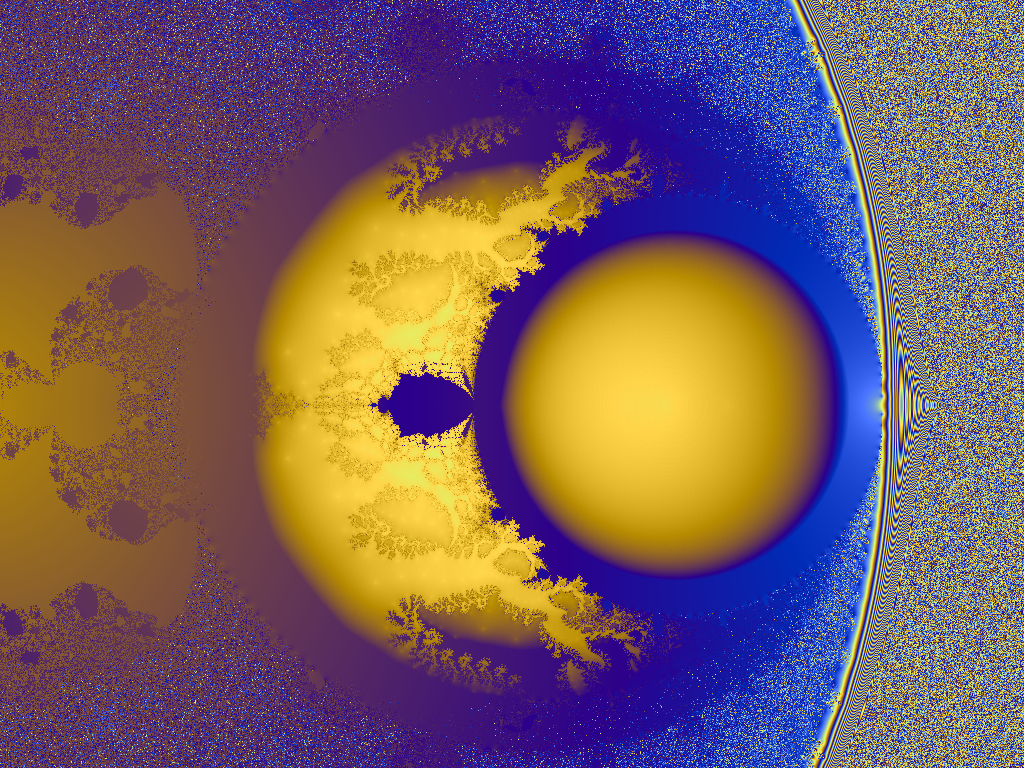 Today, various types of fractals are used in real-life to: