Home » Science Notes Posts » Astronomy » What Is The Closest Star? 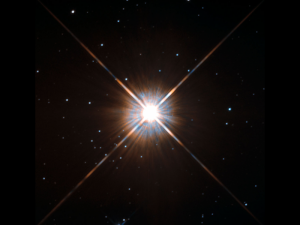 “What is the closest star?”

This is often a trick question given to students. Most people start trying to think of exotic sounding names like Rigel, Sirius or Betelgeuse. The answer is “The Sun”. Our Sun is a star, specifically a Main Sequence G-type star commonly known as a yellow dwarf.

When this question is asked, it is usually followed up by “Which star is closest to the Sun?”