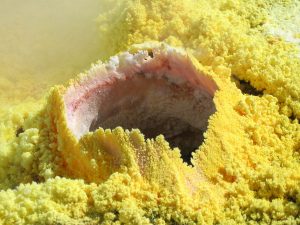 Sulfur is the element that is atomic number 16 on the periodic table. At room temperature, this nonmetal is a bright yellow solid. Here’s a collection of interesting atomic number 16 facts: