where
Fg is the  force of gravity
M is the mass of the first object
m is the mass of the second object
r is the distance between the centers of the two objects
and
G is the gravitational constant = 6.670 x 10-11 N·m2/kg2 in SI units. 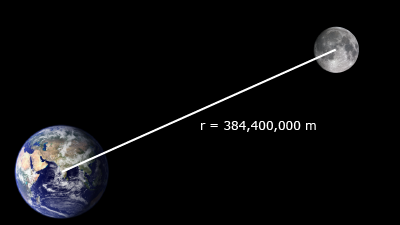 Using the formula for gravitational force, plug in the values given in the problem.

One thought on “Force of Gravity Example – Newton’s Gravitational Force”