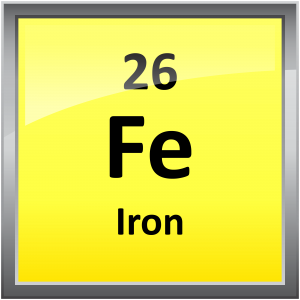 Iron is atomic number 26 and has the element symbol Fe.

Iron is an element that is essential for human life and found in pure form as well as alloys. It is found in hemoglobin in red blood cells and cast iron cookware. Here are interesting element facts about iron, a transition metal with the element symbol Fe and atomic number 26.