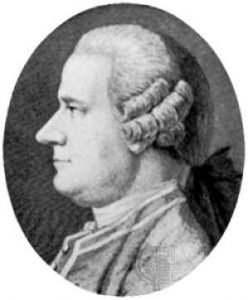 December 8 is Jan Ingenhousz’s birthday. Ingenhousz was a Dutch scientist who made the first step to understanding plant respiration or photosynthesis.

English chemist Joseph Priestly had recently demonstrated that plants give off oxygen. Ingenhousz expanded this research by noting that plants not only give off oxygen but absorb carbon dioxide. He also discovered sunlight was an important factor. During the day, plants absorb carbon dioxide and release oxygen. During the night, or when sunlight was not available, he found the process reversed. Plants absorb oxygen and release carbon dioxide in the dark. This was the first step to understanding the process of photosynthesis.

Ingenhousz believed the water absorbed by plants and converted into ‘vegetation’ and oxygen. 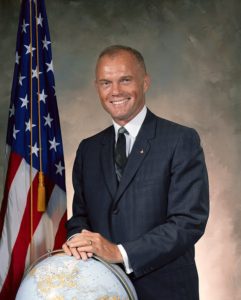 Glenn was one of the original seven American astronauts and the first American to orbit the Earth. On February 20, 1962 he lifted off aboard Friendship 7 and orbited the Earth three times before returning to Earth.

He served as a U.S. Senator from 1974-1999 from Ohio after retiring from NASA. He returned to space in 1998 aboard the Shuttle Discovery as the oldest person to fly into space.

Cornforth was an Australian chemist who was awarded half the 1975 Nobel Prize in Chemistry for his work on the stereochemistry of enzyme-catalyzed reactions. He was studying enzymes that can catalyze changes in organic substrates that replace the hydrogen atoms in the substrate’s rings and chains. He managed to identify specifically which hydrogen atoms would be replaced for different enzymes. This allowed him to determine the steps involved in the biosynthesis of cholesterol. 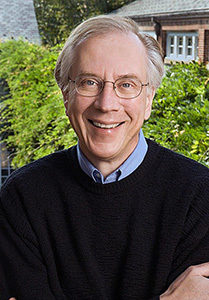 Cech is an American biochemist who shares the 1989 Nobel Prize in Chemistry with Sidney Altman for their discoveries involving the catalytic properties of RNA. Ribonucleic acid (RNA) was known to pass on genetic information, but both men discovered it could also work as an enzyme to catalyze chemical reactions between cells. Cech was also part of the team that discovered telomerase reverse transcription (TERT) responsible for regulating the length of telomeres. Telomeres make up the end of chromosomes. 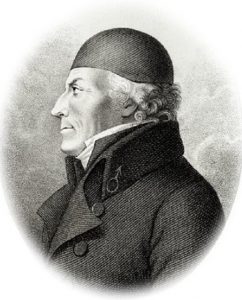 Gahn was a Swedish chemist and mineralogist who first isolated the element manganese. He was active in the copper smelting industry and made several improvements in the smelting process. He also discovered phosphoric acid in bones with Carl Scheele and separated phosphorus from bones. 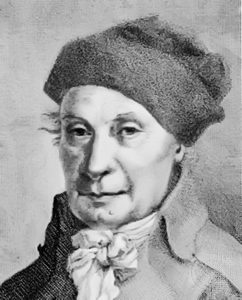 Hedwig was a German botanist who pioneered bryology, or the study of mosses. His work was compiled and published after his death in Species Muscorum Frondosorum. It was a comprehensive study of nearly all known mosses known at the time.