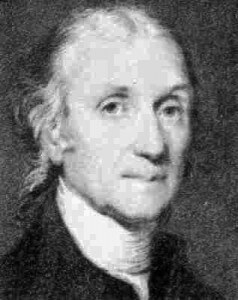 October 10 is Henry Cavendish’s birthday. Cavendish was an English natural philosopher who made a meticulous study of air and calculated the density of the Earth.

In the late 18th Century, scientists used the term gas and air interchangeably. Cavendish was one of the first to notice that perhaps the air was made up of different types of ‘airs’. His most famous investigations led to the discovery of ‘inflammable air’ or hydrogen. He collected hydrogen by collecting the gas given off by the reaction of metals and strong acids and called it ‘inflammable air’. Inflammable air was almost entirely made up of phlogiston, the substance in a body that causes them to burn. He found if he combined three parts inflammable air with seven parts of common air and dropped fire into the mixture, it would make a very loud noise and produce water. He also noted that all of the inflammable air and nearly a fifth of the common air was used up in this experiment. Further investigation found if he mixed two parts of inflammable air with one part dephlogisticated air (oxygen) would produce water. We know this reaction today as:

We now know that Cavendish’s ‘common air’ is a mixture made up of mainly five things: nitrogen, oxygen, water vapor, argon, and carbon dioxide. At sea level, dry common air can contain about 78% nitrogen, 20% oxygen, 1% argon and 0.03% carbon dioxide. Depending on humidity, air can contain varying amounts of water vapor. The rest is a mixture of minute amounts of other compounds.

Another famous experiment of Cavendish’s is the attempt to ‘weigh the Earth’. His experiment was actually an attempt to calculate Newton’s universal gravitational constant, G. Newton showed the force of gravity between two objects is proportional to the two object’s masses and inversely proportional to the square of the distance between them. When expressed as a formula, the force equation looks like:

where M and m are the two masses and r is the distance between their center of mass. G is the proportionality constant Cavendish was attempting to find. Cavendish’s apparatus involved a pair of heavy lead weights suspended on a stretched wire to act as a torsion balance. These weights were brought in close proximity to another pair of weights when these weights were moved away from the hanging weights, the attraction between them would cause the wire to twist. The rate of oscillation of the wire could be used to determine the amount of force acting between the weights. In Cavendish’s original experimental design, this force was on the order of 1×10-7 Newtons of force or about 1/1000th of the weight of a grain of salt. His measurements were so precise, his value of G was within 1% of the accepted value of 6.67×10−11 m3/kg·s2. He used this value to determine the average density of the Earth and in turn, calculated the mass of the Earth.

Henry Cavendish was supported through a stipend granted by his father, Lord Charles Cavendish. When his father died and Henry became Lord Cavendish, he was one of the wealthiest people in England. He set himself up in his private home laboratory to avoid interactions with others. One of his main contacts with other people was through his private library. He would loan books to men who were properly vouched for. He would also check books out to himself. If he needed one of his books, he would enter the loan into his ledger. This solitary life was extended to his research. He rarely published his findings. After his death, several sealed packets of his notes were discovered and edited by James Clark Maxwell and published nearly 70 years later.

Heck was an American chemist who shares 1/3 of the 2010 Nobel Prize in Chemistry for his work in palladium-catalyzed coupling reactions and synthetic synthesis. The Heck reaction is a coupling reaction between an unsaturated halide and an alkene in the presence of a palladium catalyst and a base to form a new alkene. This reaction is widely used in organic chemistry to create carbon-carbon bonds.

The general formula for the Heck reaction. 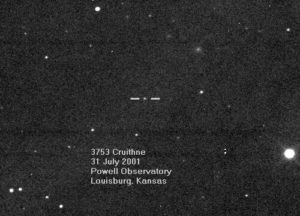 Sometimes referred to as Earth’s second moon, the 5 km wide asteroid 3753 Cruithne was discovered by Duncan Waldron, a Scottish amateur astronomer. It orbits the sun in an even orbital resonance with the Earth. From the Earth, the orbit looks like a horseshoe orbit that passes closest to Earth every November at a distance 30 times the distance from the Earth to the Moon.

The “Treaty on Principles Governing the Activities of States in the Exploration and Use of Outer Space, including the Moon and Other Celestial Bodies”, or simply the “Outer Space Treaty” is a treaty serving the basis of international space law.  It forbids any country from claiming any celestial resource such as a planet or placing weapons of mass destruction in orbit around Earth. Countries are not allowed to build military bases or installations, test weapons, or conduct military maneuvers. 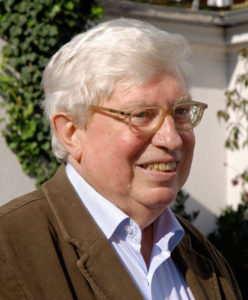 Ertl is a German physical chemist who was awarded the 2007 Nobel Prize in Chemistry for his work on chemical processes on solid surfaces. He studied the changes in a surface of a catalyst during a reaction. His techniques gave a new level of detail to the understanding of the process to synthesize ammonia and the oxidation of carbon monoxide.

Chauvin was a French organic chemist who shares the 2005 Nobel Prize in Chemistry with Robert H. Grubbs and Richard R. Schrock for their development of the metathesis method in organic synthesis. Chauvin described how metathesis reactions function and the types of metal compounds that act as catalysts for the reactions. Metathesis is an organic reaction that redistributes the bonds of similar interacting chemicals so the products’ bonding affiliations are identical or similar to the reactants. It is used to create pharmaceuticals and petroleum polymers with less waste and byproducts. 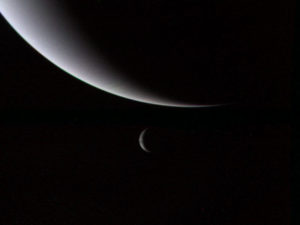 Neptune’s moon Triton was discovered by English astronomer, William Lassell. It was discovered just 17 days after the planet itself was discovered. It is the largest moon of the 12 moons known to be orbiting Neptune and follows a retrograde orbit (opposite direction of the planet’s spin).