Home » Science Notes Posts » Astronomy » What Is a Blood Moon? 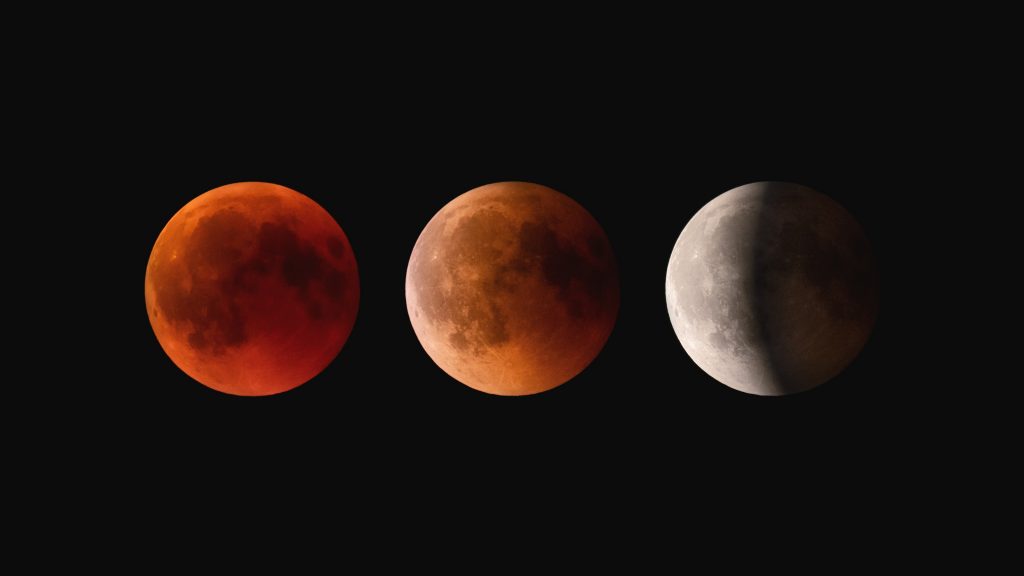 You can see a blood red moon during a total lunar eclipse and sometimes at moonrise. (Claudio Testa)

The upcoming total lunar eclipse has been called a “blood moon” eclipse. So, you may be wondering just what a blood moon is.

How the Blood Moon Got Its Name

The phrase “blood moon” comes from an interpretation of a Biblical prophecy concerning a tetrad of total lunar eclipses. For example, the September 27, 2015 total lunar eclipse was one of four total lunar eclipses that occurred, with no partial lunar eclipses between them. As you might imagine, that is a relatively rare astronomical event. There are only 8 tetrads in the 21st century. In some centuries, a tetrad does not occur at all. The word “blood” comes into play presumably because at totality, the eclipsed moon appears reddish brown. You could even call it blood red.

There’s nothing special about the color of the upcoming eclipsed moon. You can see this effect with every total lunar eclipse, when the Earth blocks almost all the sunlight that would illuminate the moon, except for light scattered through the Earth’s atmosphere. This scattered light makes the moon appear red in much the same way the sky appears red at sunset.

So, why is this particular eclipse called a “blood moon” while many previous ones have not? Well, mostly it’s because it sounds cool. When Pastor John Hagee referred to lunar eclipses in his 2013 book, “Four Blood Moons: Something Is About To Change”, the press liked the sound of the phrase and ran with it. Prior to 2013, a total lunar eclipse didn’t have a snazzy colorful name. However, the moon really will appear red. You can also see a red moon near moonrise when conditions are right or anytime there is sufficient dust or smog in the atmosphere.