Beryllium is the fourth element of the periodic table. These beryllium facts contain chemical and physical data along with general information and history. 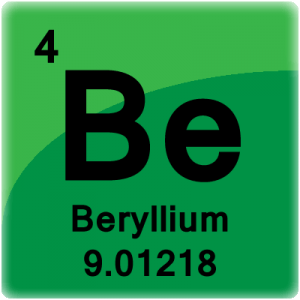 Discovery: Louis-Nicholas Vauquelin in 1798.
Vauquelin was investigating the chemical properties of beryls. Beryls come in a wide variety of colors, but seem to have similar chemical attributes. He isolated a compound containing an unknown element with a sweet taste. Pure beryllium was first isolated in 1828 by German chemist Friederich Wöhler and French chemist Antoine Bussy independently from each other.

Name Origin: Vauquelin named his element after the substance he was investigating, beryl. He first named the substance Earth of beryl, but switched to glucenum to reflect the sweet taste. Wöhler proposed changing the name from the taste property since there are many elements with a sweet taste. He named the element beryllium after the Greek word beryllos for beryl.

Beryllium is nearly 100% beryllium-9. Two other isotopes can be found in trace amounts.

7Be
Beryllium-7 is a radioactive isotope containing 3 neutrons. It decays into 7Li through electron capture. Its half-life is 53.12 days.

9Be
Beryllium-9 is the most common natural isotope. It contains 5 neutrons and is stable.

10Be
Beryllium-10 is a radioactive isotope containing 6 neutrons. It decays into 10B by β- decay with a half-life 1.36 million years. 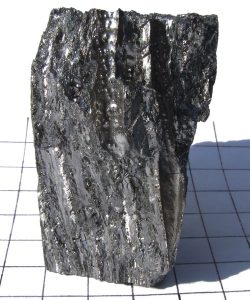 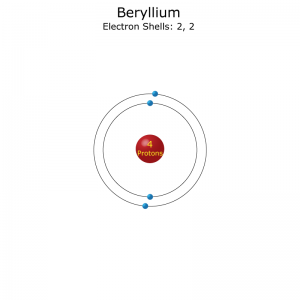 Electron configuration of a beryllium atom. 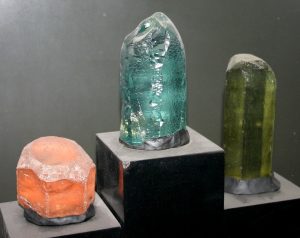